Hit och dit är lika langt. (Here and there is the same distance.)

The positioning of one’s own self in the geographical space, but also questions to the places surrounding us are the starting point of the present series of works. This two-sided condition, the movement as an external change of position, but also as an internal process, the objective storing and at the same time subjective perception of the environment, is part of this work. The examination of the relationship between one’s own body and the space surrounding it is also a reflection on its arbitrariness in movement. For a change of one’s own location simultaneously questions the frame of reference defined only a short time before and alters the measurable, as well as hidden, body-space relationships. The series is an unfinished process, like the movement itself.

Lisa Hopf, born in Sierning, Upper Austria (1990) first studied at the Hochschule für Gestaltung in Offenbach am Main. After graduation, she crossed the South Atlantic in a sailboat. Since returning, she has been working as a freelance artist and art director in Graz. 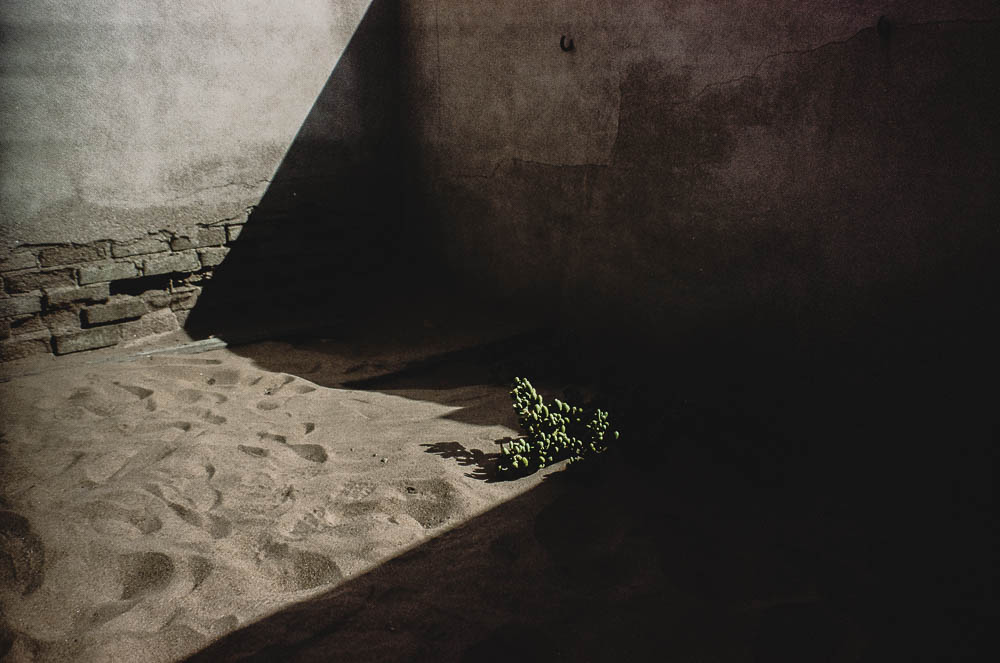 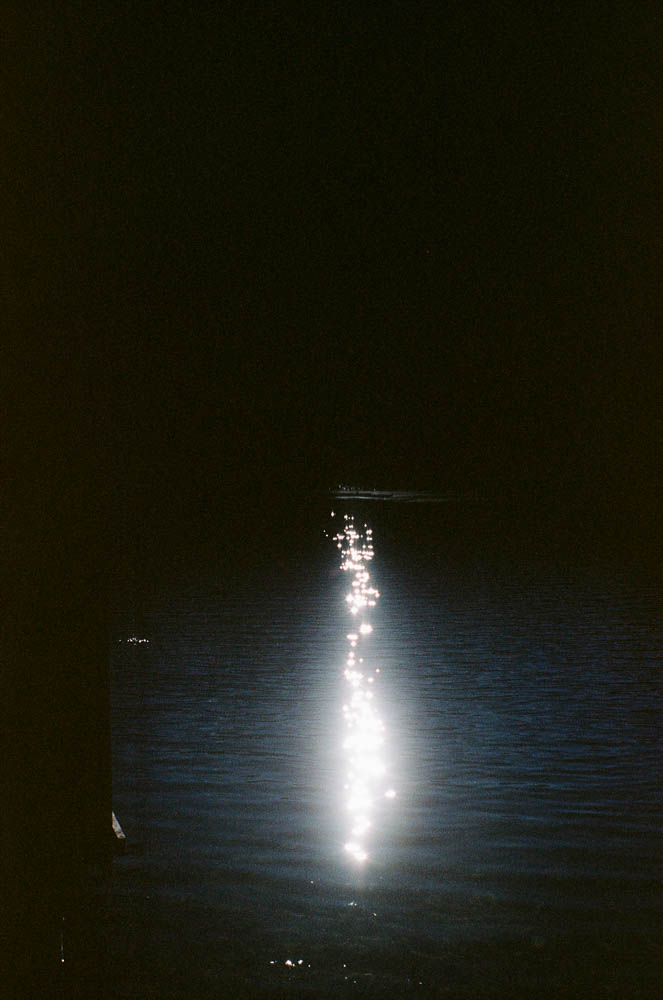 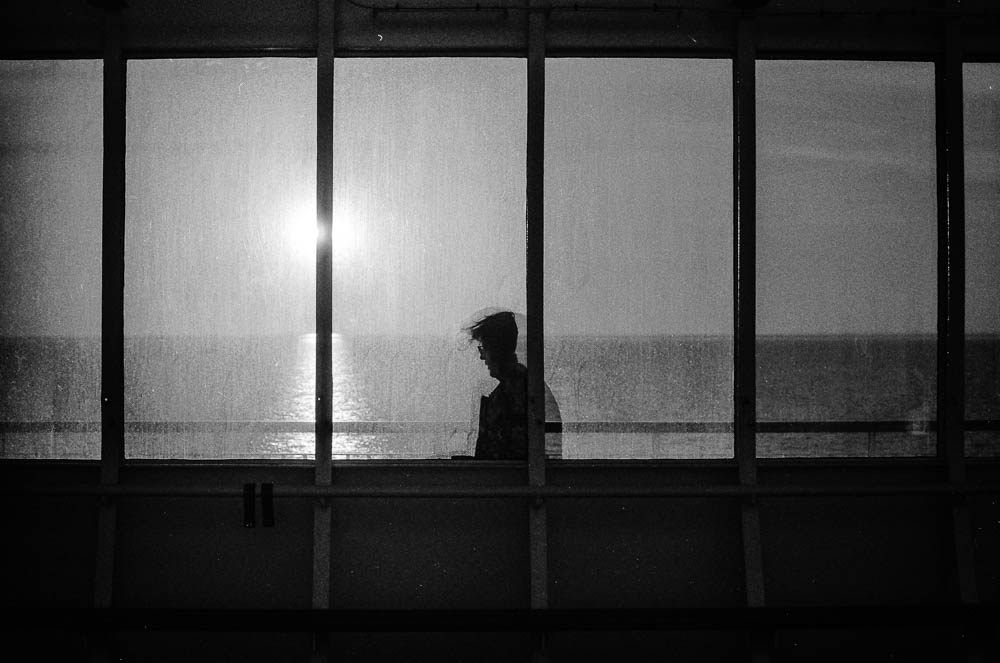 Ferry from Nynäshamn to Visby [Series: Hit och dit är lika langt. (Here and there is the same distance)], 2019, Ostsee